"This recording has confirmed your position among the greatest guitarists."

Described by BBC Music Magazine as "A worthy successor to Julian Bream", Australian born guitarist Craig Ogden is one of the most exciting artists of his generation. He studied guitar from the age of seven and percussion from the age of thirteen. In 2004, he became the youngest instrumentalist to receive a Fellowship Award from the Royal Northern College of Music in Manchester. One of the UK’s most recorded guitarists, he has accumulated an acclaimed discography for Chandos, Virgin/EMI, Nimbus, Hyperion, Sony and six chart-topping albums for Classic FM. His most recent recordings are a solo recital disc for Chandos, Craig Ogden in Concert and a new arrangement of the Goldberg Variations by J.S. Bach with violinist David Juritz and cellist Tim Hugh for Nimbus Records.

Craig Ogden has performed concertos with many of the world’s leading orchestras in countries including Latvia, Russia, South Africa, Denmark, Spain, Sweden, Germany and Australia. In recent seasons he has performed with the Hallé, BBC Concert Orchestra, Orquesta Sinfónica de Navarra (Spain), Darwin Symphony Orchestra (Australia) Spanish Symphony Orchestra, RTÉ Concert Orchestra (Dublin), London Philharmonic, Ulster Orchestra, Orchestra of Opera North and the Royal Liverpool Philharmonic. In 2015, Craig was invited to perform a series of concerts on tour with the Royal Northern Sinfonia at major UK concert halls and again in 2016 with the Royal Northern Sinfonia and the English Chamber Orchestra, both tours receiving critical acclaim. In 2019, Craig presented his own programme of “The Celebration of the Guitar” with Manchester Camerata which showcased the guitar in various styles. This season Craig performs concertos with orchestras including the BBC Concert Orchestra, English Chamber Orchestra, Oulu Symphony Orchestra (Finland) and the Northern Chamber Orchestra.

Craig Ogden regularly appears as soloist and chamber musician at major venues, collaborating with many of the UK’s top artists and ensembles including the London Tango Quintet, of which he is a regular member. He has been invited by John Williams to perform with him at venues including London’s Globe Theatre, where he returned for a music and poetry performance with actress Meera Syal.  Craig has performed at many of the major UK festivals as well as large outdoor festivals including Jamie Oliver and Alex James’ Big Feastival and the Wilderness Festival. Craig gave a recital with tenor James Gilchrist at the Edinburgh Festival which was broadcast live on BBC Radio 3 and performed in the concert series devoted to Sir Michael Tippett at the Wigmore Hall, returning there with the Nash Ensemble.

Craig gave concerts and masterclasses in Hong Kong and Shanghai as part of the Hong Kong Guitar Symposium and he has performed several concerts at the Australian Chamber Music Festival at the invitation of Piers Lane. He was invited to be Visiting Musician at Oriel College, University of Oxford for two years.

Craig Ogden is the most sought-after guitarist for chamber music in the UK performing with artists including the Carducci Quartet, Miloš Milivojević (accordion), Paul Edmund-Davies (flute) and the London Tango Quintet, of which he is a regular member. Craig also performs a new arrangement written for him of the Goldberg Variations by J.S. Bach with violinist David Juritz and cellist Tim Hugh.

Craig frequently records for film and was featured on the British hit, Notting Hill. He has presented programmes on radio including The Segovia Legacy on BBC Radio 3 (co-presented with Louis de Bernières), Ten Pound Pom Mum for BBC Northern Ireland (a programme about his Mother’s upbringing in Northern Ireland) and a series of four interviews with artists including John Williams for ABC Classic FM (Australia). Craig presented three short videos as part of an advertising campaign on Classic FM for Emirates Airline and was invited by Sky Arts to be a mentor for the Guitar Star television series.

Craig Ogden is Director of Guitar at the Royal Northern College of Music in Manchester, Adjunct Fellow of the University of Western Australia, Associate Artist at The Bridgewater Hall in Manchester and Director of the Dean & Chadlington Summer Music Festival. Craig Ogden plays a 2011 Greg Smallman guitar and strings made by D’Addario. 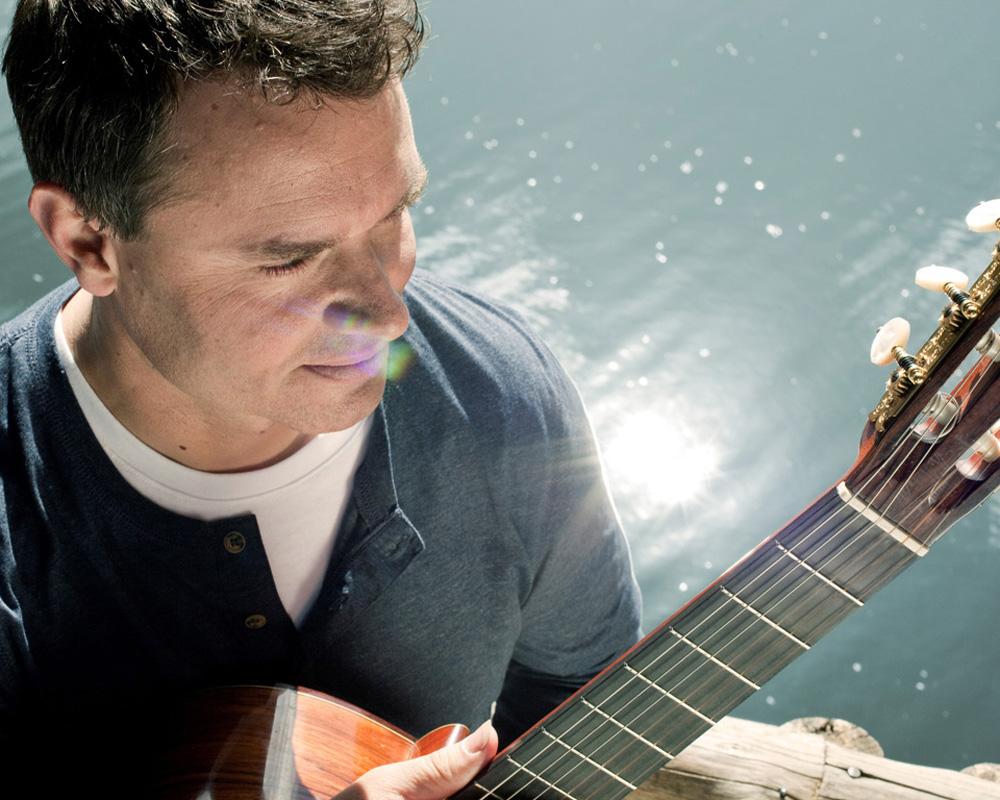